Think outside the (graham cracker) box.

We’d like to propose a toast to our favorite dessert—a CINNAMON toast, that is. We’re obsessed with this chewy, gooey twist on the classic s’more and can’t wait to keep experimenting. The sky’s the limit when it comes to marshmallows and chocolate!

Start by toasting two pieces of bread. After toasting, generously butter both slices on one side and sprinkle 'em with cinnamon and sugar. Spread the other side of the bread slices with Nutella and add a couple of ooey-gooey roasted marshmallows on top of one of the slices (the Cinnamon Churro Smashmallows are a game-changer). Put the remaining piece of cinnamon toast on top of the marshmallows, cinnamon side up. Enjoy! 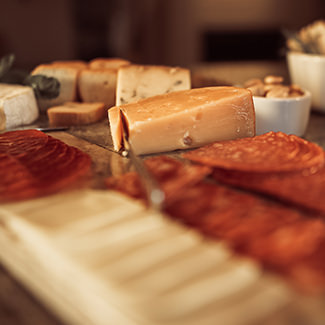 Recipes
The Most Epic Charcuterie and Cheese Board

The Most Epic Charcuterie and Cheese Board

Let loose with your s'mores, and fire roast them to burnt-fection. 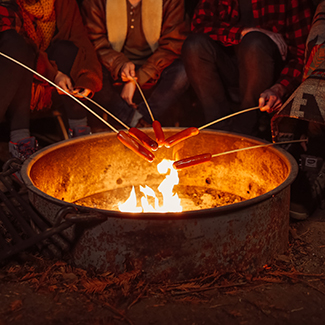 Articles
How to Dress Up Your Dog

How to Dress Up Your Dog

A sweet new way to show off your grill skills